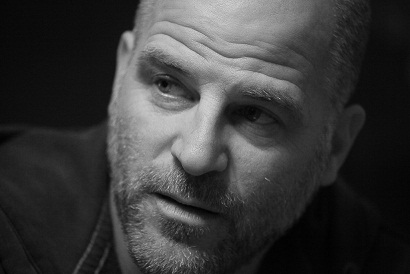 The Polarized Theatre of the Oppressed

The workshop offers a set of tools for a “Polarized Theatre of the Oppressed Model” that integrates theatrical and social work processes between two polar (actual and imagined) communities. The theory and practice of a polarized Theatre of the Oppressed has relevance for every polarized society or community, and the fieldworkers working with them.

By challenging the homogenous models of social theatre and the Theatre of the Oppressed, the workshop proposes alternative ways of thinking and acting together.

The Polarized Model posits that the use of theatre is fundamental for an understanding of the creation, development, and preservation of the social power relations between polar groups; and that the representation of both individuals and their “Rainbow of Identities”, materializes and enables an actual visibility of the power relations, and enhances the transformative potential of the two sides.

The workshop offers an examination, deconstruction, and reconstruction of the social relationships as power relations, by means of a theatrical process that considers the unique political connections and context of specific communities.
The workshop aims to examine the potential inherent in the theatrical processes and events for development of a dialogue on non-violence, while establishing political-activist alliances, with the aim of acting to change the reality.

The Polarized Model was developed in the last decade in projects that Chen documented and comprehended as the task of Joker-as-ethnographer (in addition to theatre artist and director, facilitator, teacher, political leader) with polarized groups from a variety of Israeli and Palestinian sectors, with prisoners, drug addicts, homeless people, asylum-seekers and refugees, as well as in additional conflict zones around the world.

Dr. Chen Alon is a theatre activist, actor and director, who wrote his Ph.D. on the Palestinian-Israeli Polarized Model of Theatre of the Oppressed, in the Theatre Department at Tel-Aviv University. As a Major (res.) in the Israeli army he co-founded “Courage to Refuse”, a movement of officers and combatant soldiers who refuse to serve in the occupied Palestinian territories, an action for which he was sentenced to prison. Chen is also a co-founder of “Combatants for Peace”, a movement of Palestinian and Israeli combatants who have abandoned the way of violence and struggle together non-violently against the occupation. Activism in the complicated reality in Israel/Palestine led him as a professional actor and director, from the repertory theatre, to search and create new forms of political activism, in the Israeli-Palestinian theatre to resist non-violently the occupation.